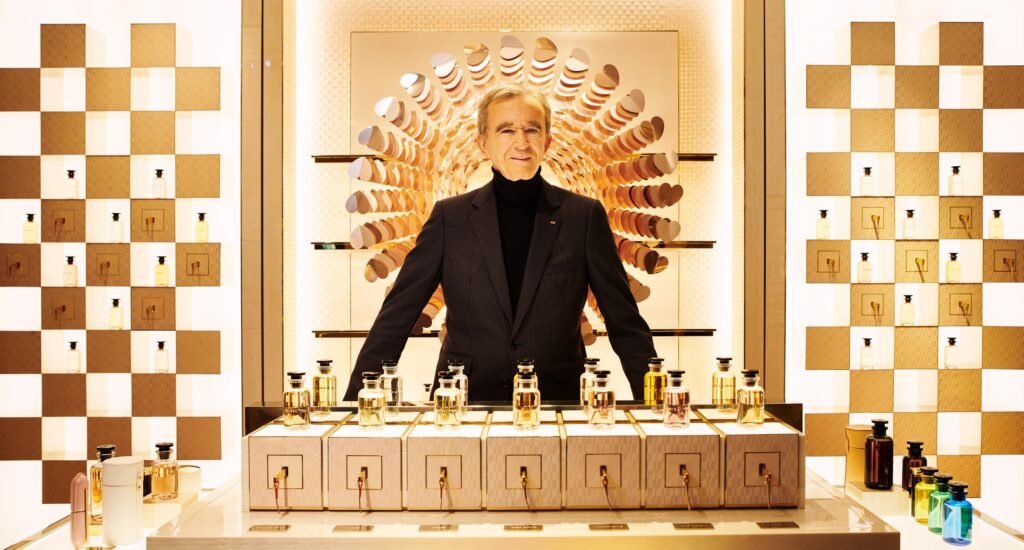 Not everyone wakes up to a 180.9 billion dollar net worth every day. That’s why creating money and sustaining money for this rare business gem can only be accomplished through a well-managed money and business lifestyle. Being the CEO of one of the world’s most exquisite brands can only be a result of good business sense and ingenuity. This 73-year-old business tycoon and investor is a business work of art that entrepreneurs aspiring to greatness should study and learn.

This is a man at the center of the world’s largest luxury conglomerate, with an indelible mark on the fashion business and a superb acquisition of other premium brands. ‘Money is only a byproduct,’ he says. I usually tell my employees not to be too concerned with profitability. Profitability will follow if you do your job well. This is Bernard Arnault’s world, and it is one that progressive corporate leaders should follow.

Bernard Arnault became the world’s richest man in 2022, leaving a sharp and unsteady imprint on commercial competitiveness. He is currently the first richest man on the planet, and his brands are one percent of the one percent brands ever developed. Arnault is the chairman and CEO of LVMH Moet Hennessy Louis Vuitton SE, generally known as LVMH, the world’s largest manufacturer of luxury goods. He is also the richest person in the fashion industry.

Louis Vuitton handbags, Dom Perignon Champagne, TAG Heuer watches, and Rimowa luxury suitcases are among the products sold by LVMH. Arnault, who resides in Paris and has a holiday home on the French Riviera, graduated from one of France’s most elite engineering schools and was chosen CEO of Financiere Agache, a luxury products holding firm, in 1984. Arnault is in charge of additional investment and holding entities in addition to LVMH. Groupe Arnault has made investments in Netflix and Blue Capital, as well as a significant position in the French supermarket company Carrefour.

A Deep Dive into the Life of  Bernard Arnault.

The business environment is highly tough, as innovations thrive and pave the route for business growth. These are things that can be learned from Bernard Arnault’s business style.

Create a Sensational Attach brand: Bernard Arnault founded LVMH, a mental model producer. It charges 20 times the cost of production for its products. Luxury brand profit margins are unlike anything else in the market since, by definition, you are not competing on price or even utility of the things being sold, but rather on the “feeling” associated with the product. That “experience” could be worth hundreds, if not thousands, of dollars, and LVMH companies excel at it. LVMH has a knack for convincing people that they belong to the most affluent class, and they do it very well. There are many other brands, but LVMH’s perception of wealth has revolutionized consumers’ acquisition of feeling wealthy but real goods. This is when a sense of luxury is turned into items.

Quality Over Marketing: Many brands have failed to recognize the value of quality in business. Quality is a type of marketing in its own right. Customers become attached to a product when their needs, wants, and occasionally sentiments are addressed when they utilize a brand. Most brands that incorporate art into their operations prioritize quality. Advertisements aren’t as important for LVMH brands as having good brand quality. They invest more in their products, which has helped them establish long-term brand visibility.

Create Products That Create Customers: Products they say have the power of creating new acquisitions for itself if fully understood by the initiator. Analyze what clients desire and apply it to boost product sales. Arnault recognizes this and has leveraged it to establish dominance in the world of luxury goods. LVMH has mastered the art of developing things that generate customers. The brands are designed to arouse a tremendous desire to purchase items. The Louis Vuitton ads featuring Messi and Ronaldo have just received marketing prominence, and everyone is redefining marketing and becoming attached. For Arnault, developing desires is more important than just selling. Sometimes the best method to get things in front of customers is to instill a desire to buy in them.

In business, I believe the most essential thing is to position oneself for the long term and not be overly impatient, which I am by nature and must control – Arnault. Brand positioning is the new frontier for brand growth and sustainability. As an entrepreneur, brand positioning might be a hassle, but researching others’ growth and maintenance patterns can be a helpful break needed in your business’s space.