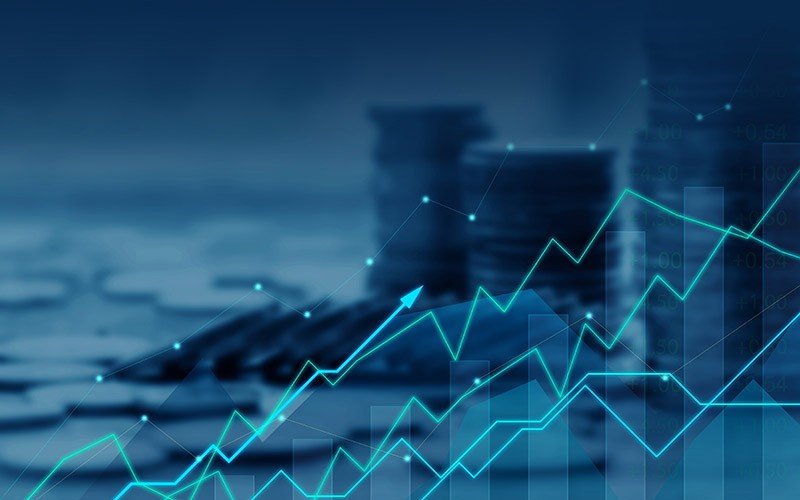 People still appear willing to shell out to travel, go to the movies and have a drink or two, even as surging prices and fears of a recession have them pulling back in other areas.

How people spend their money is shifting as the economy slows and inflation pushes prices higher everywhere including gas stations, grocery stores and luxury retail shops. The housing market, for example, is already feeling the pinch. Other industries have long been considered recession-proof and may even be enjoying a bump as people start going out again after hunkering down during the pandemic.

Still, shoppers everywhere are feeling pressured. In May, an inflation metric that tracks prices on a wide range of goods and services jumped 8.6% from a year ago, the biggest jump since 1981. Consumers’ optimism about their finances and the overall economic sentiment fell to 50.2% in June, its lowest recorded level, according to the University of Michigan’s monthly index.

As gas and food prices climb, Brigette Engler, an artist based in New York City, said she’s driving to her second home upstate less often and cutting back on eating out.

“Twenty dollars seems extravagant at this point for lunch,” she said.

Here’s a look at how different sectors are faring in the slowing economy.

Concerts, movies, travel and other experiences people missed during the height of the pandemic are among the industries enjoying strong demand.

In movie theatres, blockbusters like “Jurassic World: Dominion” and “Top Gun: Maverick” have also pulled in strong box office sales. The movie industry has long been considered “recession-proof,” since people who give up on pricier vacations or recurring Netflix subscriptions can often still afford movie tickets to escape for a few hours.

Alcohol is another category that’s generally protected from economic downturns, and people are going out to bars again after drinking more at home during the early days of the pandemic. Even as brewers, distillers and winemakers raise prices, companies are betting that people are willing to pay more for better-quality alcohol.

“Consumers continue to trade up, not down,” Molson Coors Beverage CEO Gavin Hattersley said on the company’s earnings call in early May. It might seem counterintuitive, but he said the trend is in line with recent economic downturns.

Alcohol sales have also been shielded in part because prices haven’t been rising as quickly as prices for other goods. In May, alcohol prices were up roughly 4% from a year ago, compared with the 8.6% jump in the overall consumer price index.

Big airlines like Delta, American and United are also forecasting a return to profitability thanks to a surge in travel demand. Consumers have largely digested higher fares, helping airlines cover the soaring cost of fuel and other expenses, although domestic bookings have dipped in the last two months.

It isn’t clear whether the race back to the skies will continue after the spring and summer travel rushes. Business travel usually picks up in the fall, but airlines might not be able to count on that as some companies look for ways to curb expenses and even announce layoffs.

People’s desire to get out and socialize again is also boosting products like lipstick and high heels that were put away during the pandemic. That recently helped sales at retailers including Macy’s and Ulta Beauty, which last month boosted their full-year profit forecasts.

Luxury brands such as Chanel and Gucci are also proving to be more resilient, with wealthier Americans not as affected by climbing prices in recent months. Their challenges have been more concentrated in China of late, where pandemic restrictions persist.

But the fear is that this dynamic could change quickly, and these retailers’ short-term gains could evaporate. More than eight in 10 U.S consumers are planning to make changes to pull back on their spending in the next three to six months, according to a survey from NPD Group, a consumer research firm.

“There is a tug-of-war between the consumer’s desire to buy what they want and the need to make concessions based on the higher prices hitting their wallets,” said Marshal Cohen, chief retail industry advisor for NPD.

The once red-hot housing market is among those hurting from the slowdown.

Rising interest rates have dampened mortgage demand, which is now roughly half of what it was a year ago. Homebuilder sentiment has dropped to the lowest level in two years after falling for six consecutive months. Real estate firms Redfin and Compass both announced layoffs earlier this week.

“With May demand 17% below expectations, we don’t have enough work for our agents and support staff,” Redfin CEO Glenn Kelman wrote in an email to employees later posted on the company’s website.

For the retail sector more broadly, data from the Commerce Department also showed a surprising 0.3% drop in overall in May from the previous month. That included declines at online retailers and miscellaneous store retailers such as florists and office suppliers.

And while demand for new and used cars remains strong, auto industry executives are starting to see signs of potential trouble. With the cost for new and used vehicles up by double digits over the last year, car and other motor vehicle dealers saw sales decline by 4% decline in May from the previous month, according to the U.S. Department of Commerce.

Ford Motor CFO John Lawler said this week that delinquencies on car loans are starting to tick up too. Although the increase could signal tough times ahead, he said it’s not yet a worry, since delinquencies had been low.

“It seems like we’re reverting more towards the mean,” Lawler said at a Deutsche Bank conference.

The restaurant industry is also seeing signs of potential trouble, although how eateries are affected could vary.

The cost of food away from home rose 7.4% over the 12 months ended in May, but prices for food at home climbed even faster, shooting up 11.9%, according to the Bureau of Labor Statistics. Restaurant Brands International CEO Jose Cil and Wendy’s CEO Todd Penegor are among the fast-food executives who have emphasized the gap as an advantage for the industry.

But McDonald’s CEO Chris Kempczinski said in early May that low-income consumers have started ordering cheaper items or shrinking the size of their orders. As the largest U.S. restaurant chain by sales, it’s often seen as a bellwether for the industry.

On top of that, traffic across the broader restaurant industry slowed to its lowest point of the year in the first week of June, according to market research firm Black Box Intelligence. That was after the number of visits also slowed in May, though sales ticked up 0.7% on higher spending per visit.

Barclays analyst Jeffrey Bernstein also said in a research note on Friday that restaurants are accelerating discounting, a sign that they’re expecting same-store sales growth to slow. Among the chains that have introduced new deals to draw diners are Domino’s Pizza, which is offering half-price pizzas, and Wendy’s, which brought back its $5 Biggie Bag meal.

Among those scrambling to adjust to a shift in shopper, behavior are mass-merchant retailers like Target and Walmart, which issued cautious guidance for the year ahead.

Target warned investors earlier this month that its fiscal second-quarter profits would take a hit as it discounts people bought up during the pandemic but no longer want, such as small appliances and electronics. The big-box retailer is trying to make room on its shelves for the products in demand now: beauty products, household essentials and back-to-school supplies.

CEO Brian Cornell told CNBC that the company’s stores and website are still seeing strong traffic and “a very resilient customer” overall, despite the shift in their buying preferences. Rival Walmart has also been discounting less-desired items like apparel, although the retail giant said it’s been gaining share in grocery as shoppers look to save.