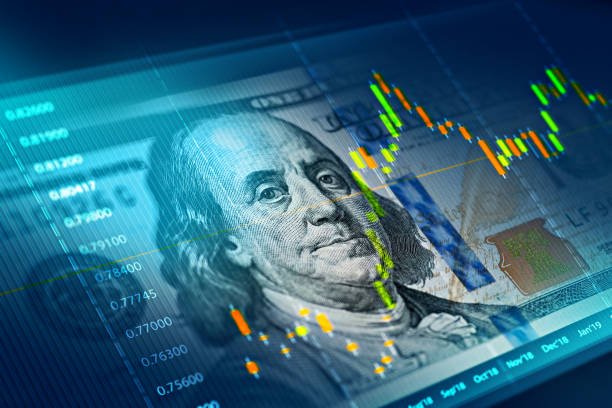 Americans’ holdings of corporate equities and mutual fund shares fell to $33 trillion at the end of the second quarter, down from $42 trillion at the start of the year, according to data from the Federal Reserve. With major market indexes falling even further since early July, and the bond market adding further losses, market experts say the current wealth losses from financial markets could total $9.5 trillion to $10 trillion.

Economists say the drops could soon start rippling through the economy, adding pressure to Americans’ balance sheets and possibly hurting spending, borrowing and investing. Mark Zandi, chief economist of Moody’s Analytics, said the losses could reduce real GDP growth by nearly 0.2 percentage points over the coming year. “The loss of stock wealth suffered to date, if sustained, will be a small, but meaningful headwind to consumer spending and economic growth in coming months,” Zandi said.

The losses mark a massive and sudden reversal for shareholders who saw record wealth creation from soaring stocks since the pandemic. From the market lows of 2020 to the peak at the end of 2021, America’s stock wealth nearly doubled, from $22 trillion to $42 trillion. The bulk of that wealth went to those at the top, since the wealthiest 10% of Americans own 89% of individually held stocks, according to the Federal Reserve.

With stocks declining, and with those at the top bearing most of the losses, wealth inequality has fallen slightly this year. The top 1% owned 31% of the nation’s household wealth at the end of the second quarter, down from 32.3% in the beginning of the year. The share of wealth held by the top 10% slipped from 69% to 68%.

While Americans have gained wealth from rising housing prices, the gains have been more than offset by stock market losses. America’s housing wealth rose by $3 trillion in the first half of the year to $41 trillion. The gain is only about a third of the amount lost in the stock market. Yet with rising mortgage rates, home prices have started to decline or cool in many markets.

The drop in stock wealth also far exceeds the $6 trillion in quarterly stock losses during the beginning of the pandemic in 2020. While stock markets have seen larger drops on a percentage basis, this year’s stock losses are among the largest ever on a dollar basis.

The big question is how much the stock declines will impact consumer spending. So far, there are few signs that affluent consumers have cut their spending. Yet some say the “negative wealth effect ” — the theory that wealth declines lead to spending declines — could soon start to bite, especially if market declines continue.

Zandi said lost stock wealth in the U.S. could reduce consumer spending by $54 billion in the coming year. Yet he added that the “stock-wealth effect” is smaller than in the past, since the wealthy own such a large share of stocks and have “substantial excess savings built up during the pandemic.” “Since their saving cushion is so large, they won’t feel as compelled to save more given the decline in their stock wealth,” he said.