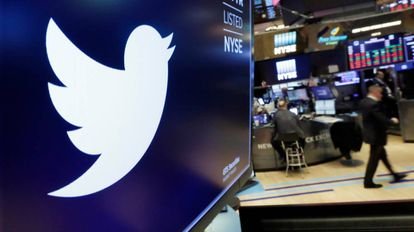 New leadership means new changes, the end of an era and the beginning of another. It might also signal the end of the journey for some, and that’s the case for many at Twitter. Employees were informed on Thursday that they would be receiving an email the following day by 9 a.m. PT, with details about their employment fate. Laid-off workers will get a message from their personal email addresses with further instructions, while employees who aren’t being laid off will get messages at their work email addresses.

The layoffs will reportedly affect around 3,700 employees or roughly half the company’s workforce. Twitter said it would close its offices on Friday and suspend all badge access, according to internal communications. “In an effort to place Twitter on a healthy path, we will go through the difficult process of reducing our global workforce on Friday,” the email said. “We recognize that this will impact a number of individuals who have made valuable contributions to Twitter, but this action is unfortunately necessary to ensure the company’s success moving forward.”

Twitter did not immediately respond to a request for comment. The layoffs cap a chaotic first week with Musk at the helm of the company. Shortly after taking power, the billionaire Tesla CEO fired several members of the company’s executive leadership, including CEO Parag Agrawal, CFO Ned Segal, and legal affairs and policy chief Vijaya Gadde.

Musk has also teased several product and policy updates, including charging users $8 per month for a blue-check verification badge, tied to the company’s Twitter Blue subscription offering. Musk has also floated the idea of relaunching Vine, the popular 6-second video app that Twitter shut down in 2016.

Musk is under extreme financial pressure to increase Twitter’s financial performance. In its second-quarter earnings report in July, the company’s revenue dipped about 1% year over year, and the last year it reported a profit was 2019. The company is also expected to owe $1 billion in annual interest due to at least $13 billion of debt likely used to finance Musk’s acquisition.

Meanwhile, big companies like Pfizer, Audi and GM have paused their advertising on Twitter, while major advertising firms Interpublic Group and Havas Media have advised their clients to do the same. On October 27th, Musk published a letter to advertisers promising that the platform would not become a “free-for-all hellscape.”

A few days later, he then posted a Twitter poll asking whether advertisers should support “Freedom of speech” or “Political correctness.’”