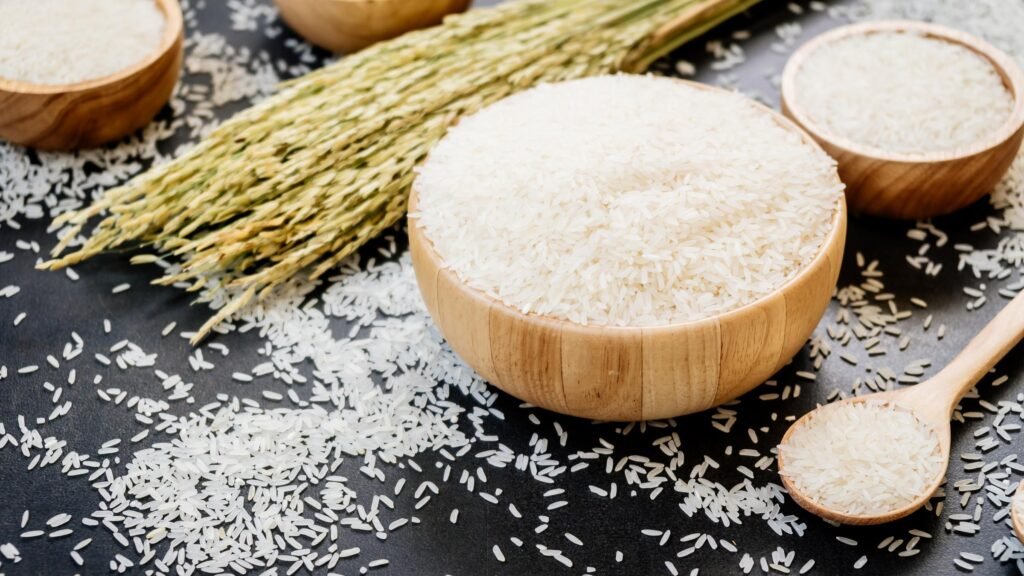 In a bid to control domestic prices, the Indian government banned exports of broken rice and slapped a 20% export tax on several varieties of rice starting Sept. 9.  The Philippines and Indonesia will be most vulnerable to the ban, according to Nomura. India accounts for approximately 40% of global rice shipments, exporting to more than 150 countries. Rice production in India has fallen by 5.6% year on year as of September in light of below-average monsoon rainfall, which has affected harvest, Nomura said.

India, the world’s largest rice exporter, has banned shipments of broken rice — a move that will reverberate across Asia, according to Nomura. In a bid to control domestic prices, the government banned exports of broken rice and slapped a 20% export tax on several varieties of rice starting Sept. 9.  Nomura said the impact on Asia will be uneven, and the Philippines and Indonesia will be most vulnerable to the ban.  India accounts for approximately 40% of global rice shipments, exporting to more than 150 countries.

Exports reached 21.5 million tons in 2021. That’s more than the total shipment from the next four biggest exporters of the grain — Thailand, Vietnam, Pakistan and the United States, Reuters reported.  But production has decreased by 5.6% year-on-year as of Sept 2. In light of below-average monsoon rainfall, which affected harvest, Nomura said. For India, July and August are the “most crucial” months for rainfall, as they determine how much rice is sown, said Sonal Varma, chief economist at the financial services firm. This year, uneven monsoon rain patterns during those months have reduced production, she added.

Big rice-producing India states such as West Bengal, Bihar and Uttar Pradesh are receiving 30% to 40% less rainfall, Varma said. Although rainfall increased toward the end of August, “the more delayed the sowing [of rice] is, the greater is the risk that yield will be lower.”  Earlier this year, the South Asian nation curbed wheat and sugar exports to control rising local prices as the Russia-Ukraine war sent global food markets into turmoil.

The Indian government recently announced that rice production during the Southwest monsoon season between June and October could fall by 10 to 12 million tons, which implies that crop yields could dip by as much as 7.7% year on year, Nomura said. “The impact of a rice export ban by India would be felt both directly by countries that import from India and also indirectly by all rice importers, because of its impact on global rice prices,” according to a report by Nomura released recently.

Findings from Nomura revealed that the cost of rice has remained high this year, with the increase in prices in retail markets hitting around 9.3% year on year in July, compared with 6.6% in 2022. Consumer price inflation (CPI) for rice also spiked 3.6% year-on-year as of July, up from 0.5% in 2022.  The Philippines, which imports more than 20% of its rice consumption needs, is the country in Asia most at risk of higher prices, Nomura said.

As Asia’s biggest net importer of the commodity, rice and rice products account for a 25% share of the country’s food CPI basket, the highest share in the region, according to Statista.

Inflation in the country was at 6.3% in August, data from the Philippines Statistics Authority showed — above the central bank’s target range of 2% to 4%. In light of that, India’s export ban would come as an additional blow to the Southeast Asian nation. Similarly, India’s rice export ban will be detrimental to Indonesia as well. Indonesia is likely to be the second-most affected country in Asia.

Nomura reported that the country relies on imports for 2.1% of its rice consumption needs. And rice makes up about 15% of its food CPI basket, according to Statista. For some other Asian countries, however, the pain is likely to be minimal. Singapore imports all of its rice, with 28.07% of it coming from India in 2021, according to Trade Map. But the country isn’t as vulnerable as the Philippines and Indonesia as “the share of rice in the [country’s] CPI basket is quite small,” Varma noted.

Consumers in Singapore tend to spend “a greater chunk” of their expenses on services, which typically seems to be the case for higher-income countries, she said. Low- and middle-income countries, on the other hand, “tend to spend an even larger proportion of their expenses on food.”  “The vulnerability needs to be seen from the perspective of both the impact on expenditure for consumers and how dependent countries [are] on imported food items,” she added.  Countries that will benefit. On the flip side, some countries could be beneficiaries.

Thailand and Vietnam will most likely to profit from India’s ban, Nomura said. That’s because they’re the world’s second- and third-largest exporters of rice, making them the most likely alternatives for countries looking to fill the gap. Vietnam’s total rice production was approximately 44 million tons in 2021, with exports bringing in $3.133 billion, according to a report published in July by research firm Global Information found. Data from Statista showed that Thailand produced 21.4 million tons of rice in 2021, an increase of 2.18 million tons from the previous year.

With the increase in exports, and India’s ban placing an upward pressure on rice prices, the overall value of rice exports will increase and these two countries will benefit from it.  “Anybody who’s currently importing from India will be looking to import more from Thailand and Vietnam,” Varma said.